Hello SON, I’m trying to help my buddy expand his business through Google. Long story short, if you live in the cities listed below, send him your address, he’ll see if your eligible (I’m assuming this is to confirm it’s not some bogus address or something along those lines), he sends you a card, you read the card and send him a confirmation code. I’m a little iffy on the details, that’s the just of it.

Seems totally legit but unfortunately I’m not in those towns,darn…

He trying to setup a bunch of fake Nextdoor.com accounts?

I’m a little iffy on the details, that’s the just of it.

I’m going to pull this thread if you can’t provide more details.

sounds like hes just doing verification through google with an ID # card sent to the physical addresses for googl maps/locations. / Canada style .cab but not positive.

Then he should say so.

This really doesn’t sound sketchy at all

no! it doesn’t for a second based on the info provided.

sounds like hes just doing verification through google with an ID # card sent to the physical addresses for googl maps/locations. / Canada style .cab but not positive.

YES! THAT, sorry. I totally zoned out when he was talking to me and tuned in after he told me there was money involved LOL

I also get a cut for each person I send his way so we all win.

So what? So let’s dance!

I was wondering if you could help me out. I’m doing something called SEO for my business. It pretty much gives my website more exposure on the web. One way to make this work is i need to network with people from different cities.

All that has to happen is Google send a postcard to your address and then once you get it, you read me a verification code and were done. I’m even willing to pay $30 before anything if you feel skeptical.
You won’t get any visits or calls. It just simple increases my websites visibility on google. If you have any more questions I’m more then willing to answer 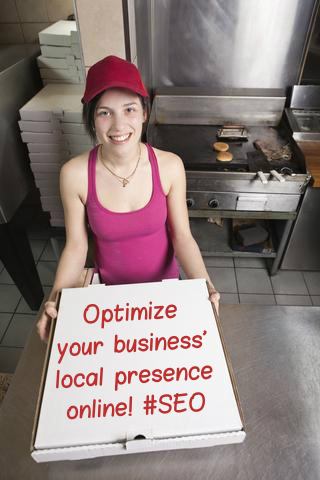 New to SEO? Start with Google Places for Business

Establishing a local online presence is a great way to grow your business. This guide helps you being your SEO campaign using Google Places for Business.

locking this before things get worse.