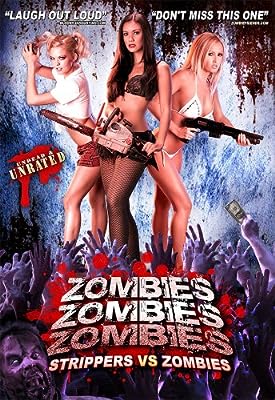 When a drug experiment gone wrong produces a league of blood-thirsty, flesh eating zombies, it's up to a small band of exotic dancers to fight back. Trapped in the local strip club, they must rely on ...

Zombie Strippers is a 2008 American zombie comedy that is based around zombies and strippers. The film was shot, edited, written, and directed by Jay Lee. The film, starring Robert Englund, Jenna Jameson, Penny Drake, and Roxy Saint, was distributed by Sony Pictures Home Entertainment. The film opens with a news montage explaining that it is set in a dystopic near-future in which George W. Bush has been elected to a fourth term. The United States Congress has been disbanded; public nudity is ba...

Thank you. This is what I read when I saw the original and I just did a double take when I read this title scrolling through.

I’ll take the change up.