Yeah, I expect you’ll see the price start coming down at restaurants soon because the wholesale wing prices have really crashed in the last month. The problem is if they’re still selling and busy at the insane prices they’re charging they aren’t going to be motivated to lower the price immediately. Eventually competition will drive them down though.

I could do a wing night, my neighbor owns Duffs at Eastern Hills Mall, shouldn’t be an issue getting a table when needed if it’s a busy night.

Our gun club opens the kitchen Tuesday nights for trap. Chris runs it and he actually makes awesome wings for just a volunteer. He’s made me some of “his” hot BBQ and never been disappointed. We were reasonably priced before but I think we dropped down to $10 for a dozen. You guys should stop out. Guns are allowed there and are encouraged.

i think we have our venue down

My brother in law works at duffs.
$20/hr i think, just to work in the kitchen.

Their prices are not coming down any time soon.
Also… franks red hot, butter and you can skip the trip. 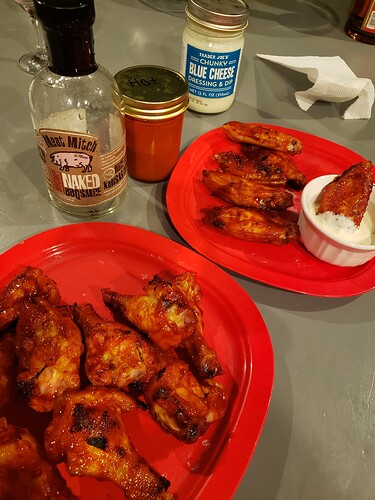 Got these in France recently. 8 wings for 7 Euros (basically $6.90). It was at an American themed restaurant (I did not pick the place). I have family over there and my grandma loves American food so this is where she wanted me to take her, it’s called Buffalo Grill. Before my grandpa died she would always have to sneak in American food when he wasn’t around (she also loves Mcdonald’s).

Edit - forgot to mention they were pretty good. Better than some I’ve had around here. 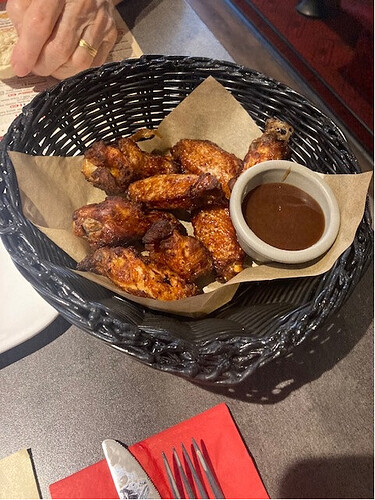 is the OTHER Picassos on transit, not the one by the theatre / airport still operating a dining room?

You joke, but that happened to me in Quebec lol.

You make Letterkenny references, and that’s what I appreciate about ya.

I’m just surprised at how cheap they were

I know how you guys all love meat…

Have a chicken wing special.

Yep, we broke down and bought a deep fryer. Wing prices have crashed but restaurant prices haven’t budged. Had the same friends we’ve been doing the wing tour over with Friday and on our first attempt placed in the top 3 or 4 (rank varied between individuals). To be fair, we were using Bar Bill medium, Bar Bill Honey BBQ and Anchor Bar Extreme Heat sauces since you can buy those so we had several of our favorite sauces to finish the wings with. I just wish Bar Bill would bottle their hot. Nine-Eleven only bottles medium though and tells people they just adjust the heat by adding cayenne pepper (for hotter) or butter (for milder) so I’m going to try that with Bar Bill’s medium next.

The conclusion was cooking a wing really isn’t rocket science. Thaw them, get them dry, get your oil to 375 and drop them in. Take them out once they’re crispy and roll them in your favorite sauce. Since this was our first time I did cheat a little with my Thermapen to make sure they were fully cooked. It honestly made us wonder how so many that ranked below us screwed it up so bad.

Our new toy. Nothing fancy but it worked well and cleaned up easily. 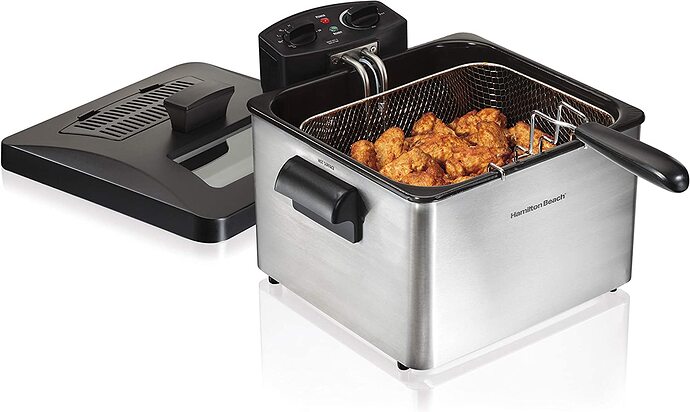 Hamilton Beach deep fryers are generously sized for greater versatility -- some even accommodating a whole chicken. What's more, you can fry crispy, mouth-watering foods without the mess you've come to expect. Food can be lowered into hot oil and...

I just wish Bar Bill would bottle their hot

BB in east aurora sells their sauces in canning jars out of the back.
We buy the hot and usually hot bbq. Or we jus take the hot and mix it with some sweet baby rays, or some: Meat Mitch WHOMP! Naked BBQ Sauce

We have a cheap electric fryer, but it always seemed to lose temp.
We just go straight to a fish fryer pan right on the oven.

BB also “paints” each wing with a basting brush, so that’s what we do too.

BB also “paints” each wing with a basting brush, so that’s what we do too.

Heading to e-ville for beer and wine fest tomorrow, might swing through EA and pick up some hot sauce. I’ve heard BB is a brush on wing place but I’ve gotten really good at the “wing roll” in a big bowl and just haven’t seen the need to brush sauce on wing by wing. 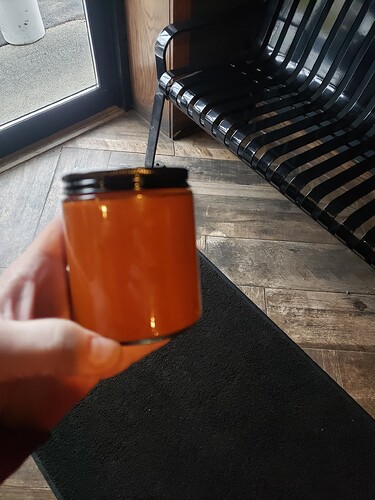 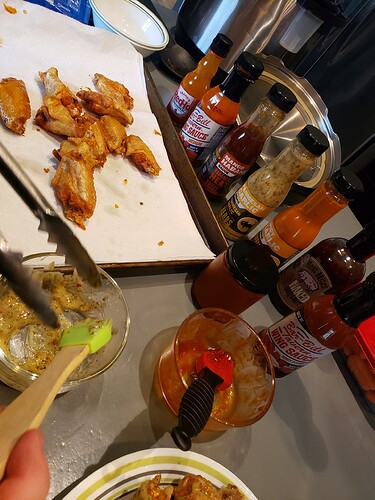