probably old … or a repost … maybe even fail … but oh well. 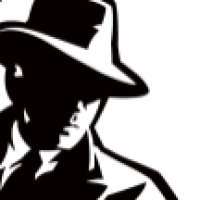 If you’d like to nominate a commercial for our weekly series “Great Moments In Commercial History” send us an email at tips [at] consumerist [dot] com. Be sure to put “Great…

We are somewhat confused by and in awe of Mr. Fuccillo. We were certainly not aware that heaven was “very similar to Ridge Road In Greece.” Yet, we accept it as fact with little or no backtalk.

don’t even get me started on that idiot, he sells nothing compared to almost any other dealer and people think he sells tons of cars just because he advertises that he’s huge. his dealerships treat customers like crap and don’t care what happens to them as long as they buy a car from him. he’s a jackass and gives respectable business that act PROFESSIONALLY a bad name. total jackass, period.

X2 I went there looking for a truck, and they treated me like shit. Much better service at paddock.

:lol: He had a commercial on the radio talking about new GM models…and he goes “Grandam uhhh G6”

he’s a waste. only thing he is good for is giving me coupons for footballs and george foreman grills. When it comes to selling that place is a joke. Paddock is leaps and bounds above fuckillo

i actually heard the exact opposite about treatment of his customers and i guess he sent all of his employess on a cruise last year.

It’s funny because if you only watch commercials or the sides of buses you would think he is one of the top GM dealers in the Buffalo/Roch area.

Edit: Looking at the sales numbers for the year right now and getting a chuckle