this is only such a big issue because of how reasonable and articulate the piece is.

as much as i am impressed with and agree with the content, i also agree that he should be fired for posting it but given a package that makes it unnecessary to sue.

i think this guy is going to do just fine.

Google has the right to fire him, no problem there. But holy shit the reactions of people are amazing, lol.

What I find funny is I remember listening to a program on NPR where they talked about how women have a harder time negotiating salary as mentioned in the memo. The reaction is awesome. They are driving the intelligent away without the need for anyone to convince them to distance themselves from the loony left.

I take social justice situations like this, and reverse the subject. Would there be the same outrage if a woman employee wrote a memo berating her male coworkers?

except that he’s not berating his female coworkers but the construct of the Google society and society in general.

It’s been a year since I last posted here (or anywhere).
You guys convinced me to vote (#MAGA) in the wake of the Pulse tragedy and Google censoring auto-fill in favor of one political candidate. (Shout out Philip DeFranco.) I haven’t regretted a single thing.
This “Anti-Diversity Screed” that James published internally prompted me to log back into this account. To those who pm’d this account this week: thanks for remembering me, and no, I’m still not going to post my employee badge. See: James Damore.
Nonetheless, there’s something I want to share with this community that a lot of you might not understand:
You guys are pretty brave. Some of you, maybe, don’t care about repercussions. Some of you, maybe, are financially independent or otherwise untouchable. Some of you, perhaps, are lucky enough to live among like-minded people and laugh at the ‘cucked’ cities and states from afar. Some of you hope that your accounts are anonymous enough that CNN can’t act like the (gangster) mob by threatening to unleash the (SJW) mob upon you and ruin your careers.
But you’re all pretty brave.
James was brave. And smart. And rational. And calm. And presented a well-thought out argument against discriminating on the basis of sex.
And he got fired for wrong-think, publicly lit-up for saying things he didn’t say – things that literally went against what he said! - and internally flamed by a company VP for “advanc[ing] incorrect assumptions about gender.” Of course, nobody will say what those incorrect assumptions were, nor quote where he advanced them: because James presented a pretty strong argument, and to engage with it would be too scary.
Not all of us are that brave. (And maybe not all of us care so much about politics that we’re going to ruin our careers over it. We just vote and get back to work.)
That’s why ~a third of people internally who read James’ memo agreed with some, a lot, or most of it, and yet you can’t seem to find any of them speaking up on campus here at HQ.
These mythical, magical, wrong-thinking conservatives, the “real” unicorns of Silicon Valley, the ones who shared his memo and agreed with it…where did they go???
I know where, because I’m friends with some of them. And we talked amongst ourselves about it, argued some of the facts and went and did our own research and then re-shared that research with each other in private chats. Most of these private chats ended with us agreeing with James, in-part or in-full.
And yesterday and today at the office, I saw people who I KNOW agreed with James – seriously, I have it in writing, these are my friends – tell their coworkers what a shame it was that people shared “sexist” thoughts like those, and how they “just wanted a diverse work environment.”
They are lying with a grimace and nobody outside our chats knows. They blend right in.
And I don’t fault them for it. They just want to get paid. They just want to be able to do their jobs without being shamed, fired, and publicly eviscerated in the media.
So please try to have a little empathy for these guys. Sure, maybe we aren’t all brave martyrs for the political battles. Maybe that makes us cowards? Maybe we aren’t so invested in this stuff that we’ll ruin our careers for it.
But we will vote for it.
MAGA

They want an open diverse work culture and fire him for speaking his mind. Catch-22 much? lol

Someone posted this on another forum Googles newest hires The company has failed to protect employees from workplace harassment related to their support of U.S. President Donald Trump or conservative political views, according to the lawsuit.

Every company in the tech field in CA works inside a giant vacuum it’s pretty entertaining going out there for work. 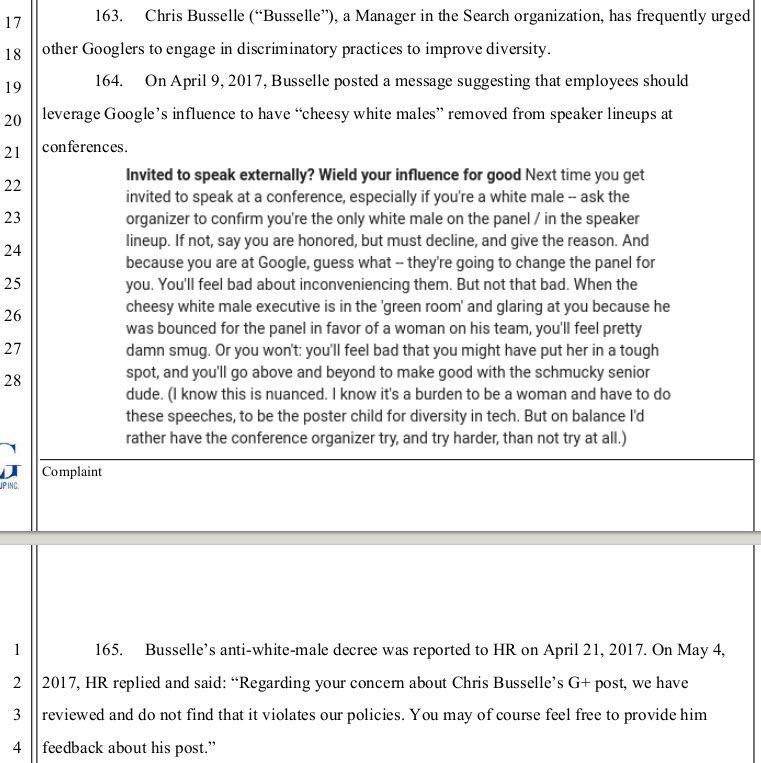 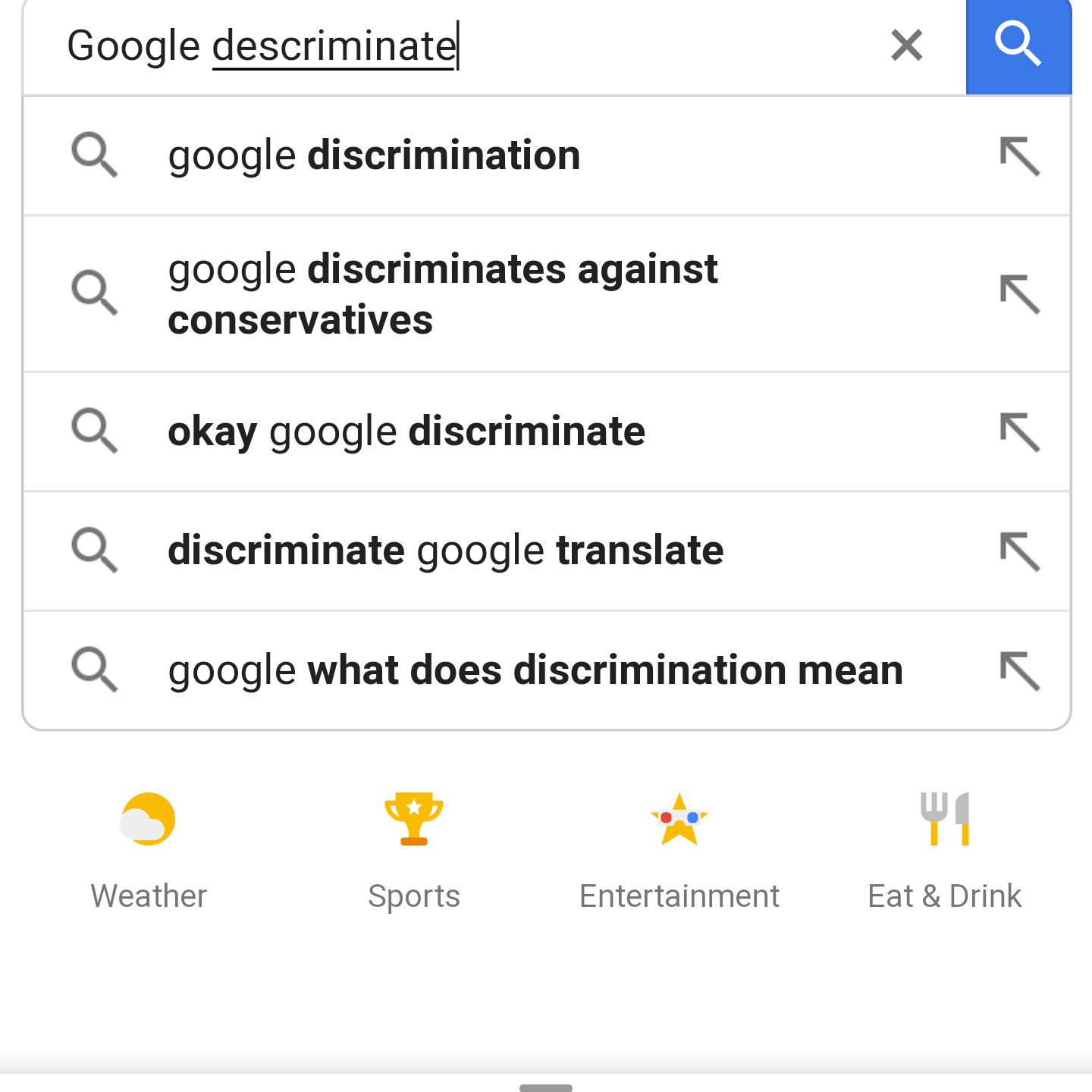 haha, i bet google would demonetize this site if we hadn’t done it to ourselves already 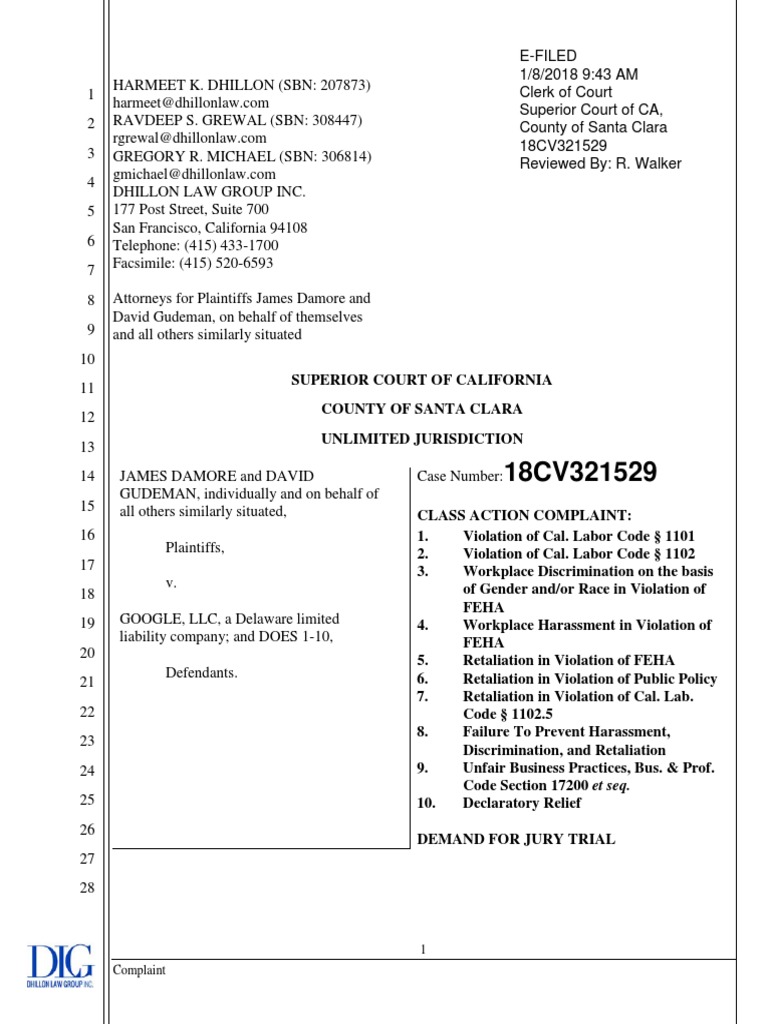 I wonder what the current state of that suit he has against them is.